SpaceX has today at 9:06AM targeted to launch it’s fourth group of Starlink satellites from Cape Canaveral’s Air Force Station right up the street from us. You can watch from the video at the bottom of this article or from the official SpaceX website. If you came across this article after the launch, don’t fret! You can still watch a replay of the launch from the same video.

Check out the mission timeline below provided by SpaceX in their Press Kit. 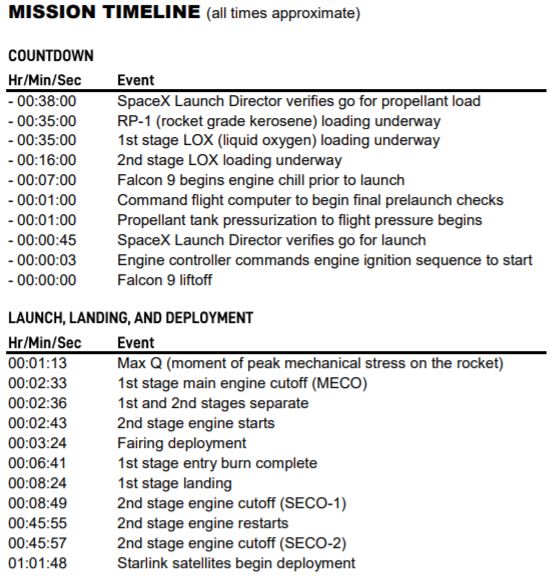 (Quoted from the official SpaceX PressKit) 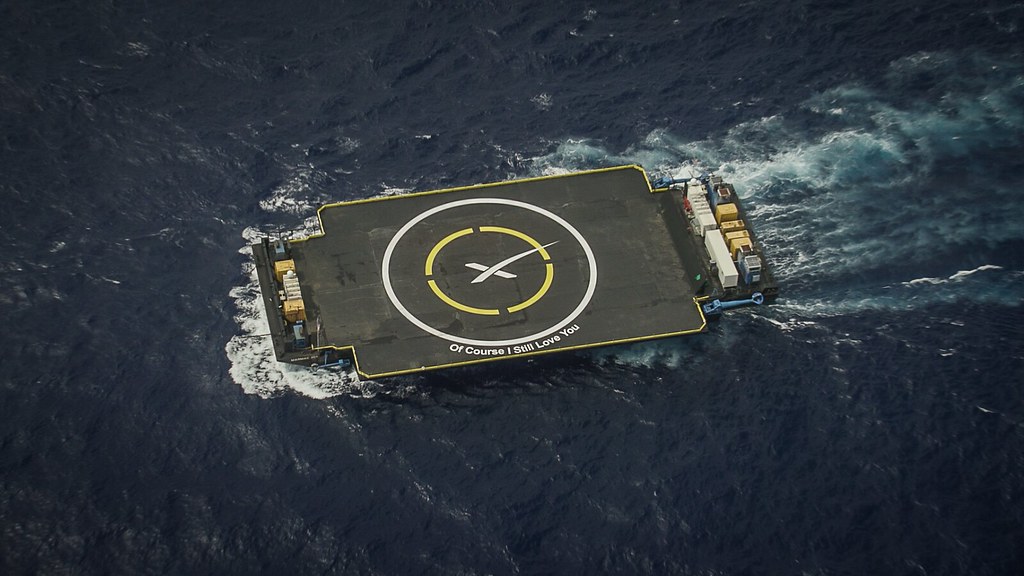 Of Course I Still Love You Droneship

“Following stage separation, SpaceX will land Falcon 9’s first stage on the “Of Course I Still Love You” droneship, which will be stationed in the Atlantic Ocean. Approximately 45 minutes after liftoff, SpaceX’s two fairing recovery vessels, “Ms. Tree” and “Ms. Chief,” will attempt to recover the two fairing halves.” 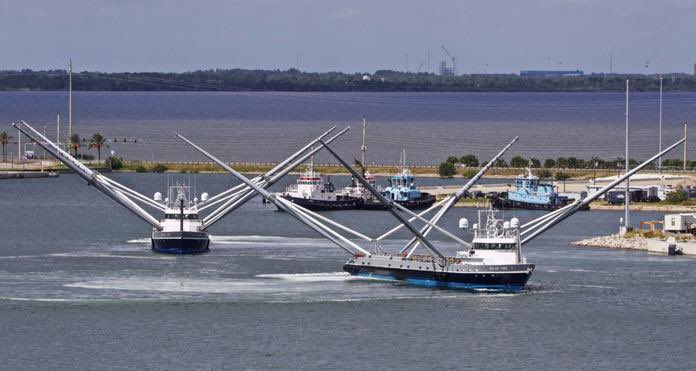 (Quoted from the official SpaceX PressKit)

“SpaceX is leveraging its experience in building rockets and spacecraft to deploy the world’s most advanced broadband internet system. With performance that far surpasses that of traditional satellite internet, and a global network unbounded by ground infrastructure limitations, Starlink will deliver high speed broadband internet to locations where access has been unreliable, expensive, or completely unavailable. Each Starlink satellite weights approximately 260kg and features a compact, flat-panel design that minimizes volume, allowing for a dense launch stack to take full advantage of Falcon 9’s launch capabilities. With four powerful phased array antennas on each satellite, an enormous amount of throughput can be placed and redirected in a short time, for an order of magnitude lower cost. The system is on the leading edge of on-orbit debris mitigation, meeting or exceeding all regulatory and industry standards.”

“At end of their life cycle, the satellites will utilize their on-board propulsion system to deorbit over the course of a few months. In the unlikely event their propulsion system becomes inoperable, the satellites will burn up in Earth’s atmosphere within 1-5 years, significantly less than the hundreds or thousands of years required at higher altitudes. Components of each satellite are fully demisable. Starlink is targeting service in the Northern U.S. and Canada in 2020, rapidly expanding to near global coverage of the populated world by 2021. Additional information on the system can be found at starlink.com.”

Your Editor-in-Chief and Website Developer. Damien is a Sebastian native and a graduate of University of Florida in Computer Engineering: Digital Arts and Sciences. He founded www.GoodNewsSebastian.com to help promote positive news in his beloved hometown.